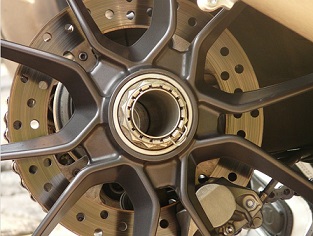 When I first heard this phrase ‘Just Do It’ I thought to myself – WTF does that mean?

It means different things to different people and will probably mean something different to me later on in life.

But right now, and after a bit of contemplation and reflection in my own online business, ‘Just Do It’ has been the sole reason for me being able to make money online.

I know the phrase might not mean much to you, but if you read on it will start making more sense.

When I was growing up, times were tough, money was short, and my folks struggled when it came to making money.

Mum stayed at home to look after us kids; my two older brothers and my younger sister, while Dad worked.

Dad was good with his hands, so he got a lot of those types of jobs, like welding and carpentry, but because he never had any formal education his remuneration was always limited to what those jobs paid.

And because Dad was good with his hands he was a real DIY’er. If there was something to be done that he might be able to do himself, he would do it, even if he didn’t know how.

Anyway, I remember one time when the brake pads on his car needed changing. Dad decided that he would try to change them himself, I guess to save a little money, but also to have the knowledge to be able to do it himself in the future.

His car was a Ford Falcon and he had worked on Fords in the past, so this should be a sinch – right?

Four hours later he was still out in the garage trying to change the brake pads, you see the technology in cars had changed quite a bit over the years, which made it difficult to actually get the old brake pads out.

It was getting late and the sun was starting to set, so mum said, why don’t you go outside and help your father. So I did, and like most teenagers, I went straight for the easy button.

Dads where’s the manual I asked, to which the reply was – I don’t have one.

I was a little annoyed, because I was sure the manual would have helped a lot. I was giving up some really valuable TV time here and he didn’t have a manual – what the.

That’s okay – shrug it off… “The Six Million Dollar Man” can wait.

Stop Looking For The Easy Button

So, with the easy button mentality still fresh in my mind, I crouched down next to Dad endeavoring to understand what his game plan was to which the reply was – I don’t know, BUT I think this part needs to come off.

How do we take it off, I don’t know he replied.

Have you seen the cartoon characters where the eyes pop out of his head and steam bursts out of his ears, well i was starting to look like that.

I take a quick mental inventory of where he was up to, how much time he has spent on it, and what he had achieved, and decided that he should take it into a workshop so that they could do it for him.

He sensed that I wasn’t going to be helpful so he said for me to go back inside the house, which I did, because I didn’t think he would ever get the brake pads changed.

Three hours later, I go back outside, cause he’s still out there, and find out that he’s changing the last pad.

Yep – he figured it out.

I didn’t realize it at the time, but he had taught me a very valuable lesson, to which I am grateful for today.

You see, this was not the first time I had seen him try and work things out for himself, he did everything this way, and although it might have taken him longer to achieve his goal than others, he just kept plodding away.

He didn’t know all the answers, he just did it. Did what? Whatever he thought he needed to, to get the job done.

We all look for the easy button, but the reality is, all we have to do is – JUST DO IT.

Watch the video below.