It’s funny a friend of mine was wanting to get into affiliate marketing, but was thinking that with all the competition on the internet that the market would be saturated. 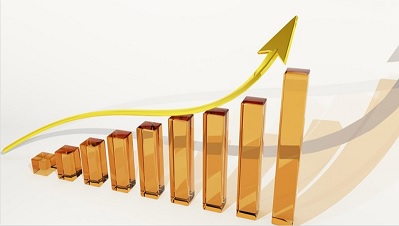 So that being the case, is it still worthwhile to get into affiliate marketing, given the competition?

But here’s the thing.

The industry is saturated with a lot of people who aren’t making money online.

So with over 95% failing to make a full-time living online, is the market place really saturated?

Well, in a way it is, it is saturated with people who haven’t quite worked this game out. Which means for those who do work it out, which is around 5%, they can duck and weave in between the spaces that most people don’t know how to get to.

It’s not hard to do, but it does require commitment and a whole lot of perseverance to make it happen.

But is it still profitable?

Well, when I hear stories of 12 year old’s making $10k in four months, it proves that affiliate marketing is indeed alive and well.

Moreover, the analytical skills of children aren’t fully developed until the age of 14, so if a twelve year can make that sort of money, then adults should be able to crush it – right?

So with that in mind, I decided to perform a little experiment with MY twelve year old son, Jacob, who just loves playing computer games.

I picked a gaming product to sell from Clickbank (something that he had an interest in) and then I did a little keyword research to find a keyword to rank for in Google.

I got him to create a video for the product (which we sort of mashed together) and we uploaded it to Youtube.

I performed a little SEO magic on it, and sent a few backlinks to get it ranked in Google, and within around 7 days he made 1 a sale.  BUT, I want to point out that it doesn’t always come together as quickly or as easy as in this example.

So is affiliate marketing profitable? Well it cost us nothing to create the video and with a little SEO and back-linking help from me using my set of software tools he was able to making 50% on the sale of the product.

He made $12 for the initial sale and $7 monthly recurring payments for as long as the customer remains with the program.

Knowing what to do is half the battle won, the other half is actually doing the work.